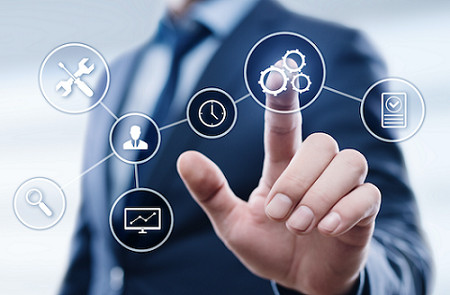 IT automation referred to as infrastructure automation, is the use of software to create repeatable instructions and processes to replace or reduce human interaction with IT systems. IT automation is the use of instructions to create a repeated process that replaces an IT professional's manual work in data centers and cloud arrangements. Software tools, frameworks and appliances conduct the tasks with minimum administrator intervention.

IT automation relies on software tools to define and conduct a prescribed series of detailed actions that are invoked manually. IT automation replaces a series of actions and responses between end users and the IT environment.